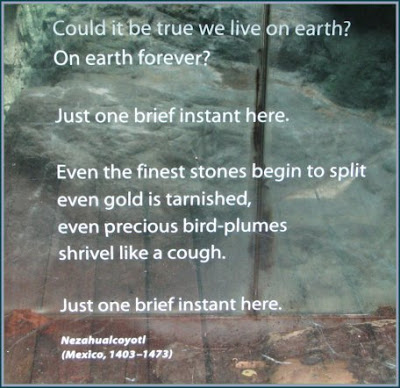 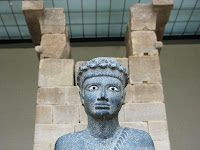 Cities and Thrones and Powers,
Stand in Time's eye,
Almost as long as flowers,
Which daily die:
But, as new buds put forth
To glad new men,
Out of the spent and unconsidered Earth,
The Cities rise again. 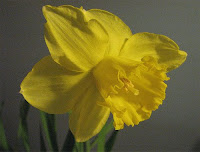 This season's Daffodil,
She never hears,
What change, what chance, what chill,
Cut down last year's;
But with bold countenance,
And knowledge small,
Esteems her seven days' continuance,
To be perpetual. 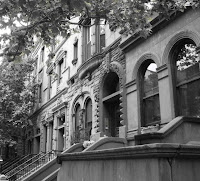 So Time that is o'er -kind,
To all that be,
Ordains us e'en as blind,
As bold as she:
That in our very death,
And burial sure,
Shadow to shadow, well persuaded, saith,
"See how our works endure!"

I was intrigued by the poem of the Mexican poet-king, Nezahualcoyotl that was engraved on a wall in the rain forest area of the Central Park Zoo. In the nearby Metropolitan Museum of Art, many artifacts from past great cultures were on display;- China, Mesopotamia, Egypt, Greece, Rome...

Rudyard Kipling's poem speaks of the rise and fall of empires and of the fleeting nature of our time. KGMom has been writing about her recent trip to Greece and has posted many interesting pictures of historical sites and ruins in that country. Film makers frequently release movies about the end of our civilization as we know it. I am Legend is a post-apocalyptic science fiction story based in Manhattan. I watched it recently and wrote it off as wildly improbable. But we know instinctively that as the world continues, civilizations rise and fall, world powers shift and our personal lifespan is very insignificant.

It is good to contemplate our mortality and the meaning of our lives.

As for man, his days are like grass,
he flourishes like a flower of the field;
the wind blows over it and it is gone,
and its place remembers it no more.

But from everlasting to everlasting
the LORD's love is with those who fear him,
and his righteousness with their children's children—
with those who keep his covenant
and remember to obey his precepts.