Friday Flowers: What is a Weed? 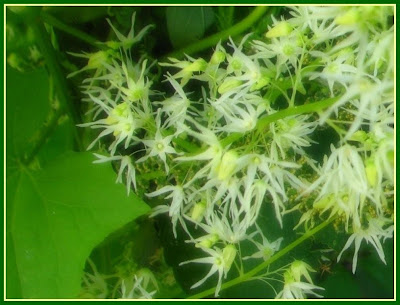 Wild Cucumber in Bloom
A weed is a plant considered undesirable,
unattractive, or troublesome,
especially one growing where it is not wanted... 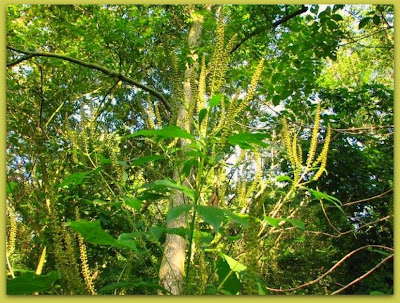 Giant ragweed is beginning to bloom along the banks of the river and it has reached gargantuan heights this wet summer. Pollen billows through the air when the plants are bumped making a sensitive person sneeze. 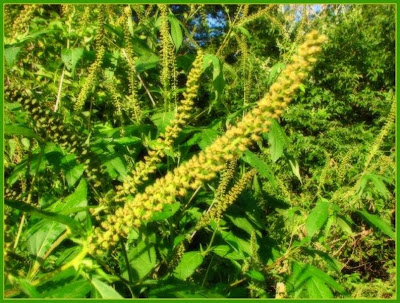 Goldenrod is also starting to bloom and because it shares a flowering season with ragweed, it is wrongly accused of causing fall allergies. Goldenrod has heavy, sticky pollen unlike the lightweight, wind-carried pollen of ragweed and is an important source of nectar for butterflies and insects. It is available in nurseries as a garden flower. 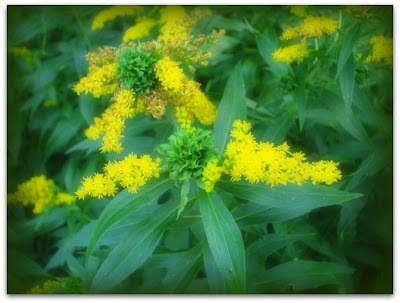 I enjoy wild flowers just as much as cultivated ones. Nature's arrangements can be unexpectedly beautiful. But some non-native plants, while attractive, can be invasive and choke out native vegetation. 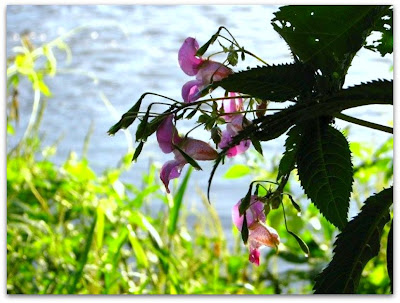 I wrote about Himalayan Balsam last year in this post. This plant is in the same family as Impatiens and Jewelweed but is not native to North America. It grows along river banks and the flower pods disperse large numbers of seeds. The roots are shallow and it is easy to pull out of the ground. 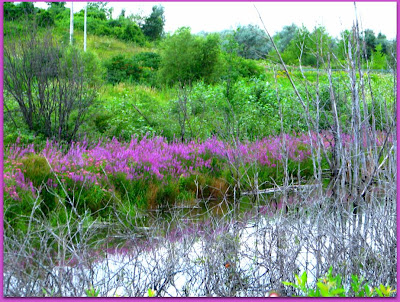 I remember admiring fields of Purple Loosestrife in the past before I learned what an invasive problem this plant is in wetlands. This European native had no natural controls in this continent and four insects, two beetles and two weevils, have been approved for release to control the plant. This has been effective, but this year I have noticed more loosestrife around. It must be time to release another batch of bugs. 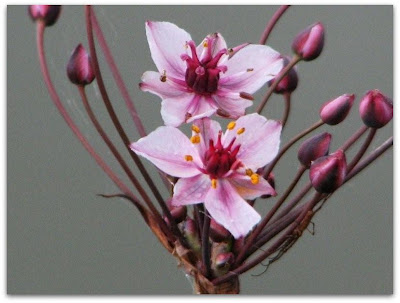 I had featured this pretty plant a few weeks ago in a Friday Flowers post. When we were on Manitoulin Island in July, I picked up a brochure called "Aquatic Invasive Species: A guide for water gardeners and aquarium owners. " It lists the Flowering Rush, (butomus umbellatus) as a potentially invasive species from Europe and Asia. I only saw one single plant growing at the water's edge.

A. A. Milne said, "Weeds are flowers too, once you get to know them."

Invasive plants are a problem and are truly weeds, and ragweed causes many to feel miserable in the late summer and fall. But natural native plantings are becoming more popular, so I am not the only one taking a second look at the definition of a weed.
Posted by Ruth at 5:43 am