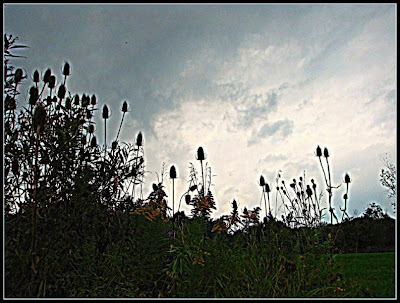 Clouds from Ike approach SW Ontario
Most everyone in North America followed the colourful and dramatic satellite images of Hurricane Ike as it approached the coast of Texas this weekend. The giant storm had already caused much damage in the Caribbean (under-reported by the media in my opinion). 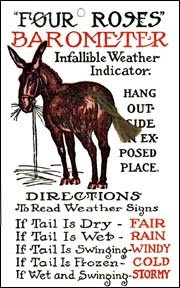 We are waiting for the remnants of Ike to pass directly over us this evening with lots of rainfall promised and flood advisories in place.

Weather forecasting has always been of interest to people, especially to those who farmed and fished for a living. Severe weather brings severe consequences, especially to the unprepared. In the past, observations of the natural world led to the creation of many weather proverbs and sayings that were passed down from generation to generation. Some have merit, and some are just silly.

David Phillips, Senior Climatologist at Environment Canada compiled a list of "more reliable" weather proverbs at this site. Here are some samples to go along with the pictures I took today. 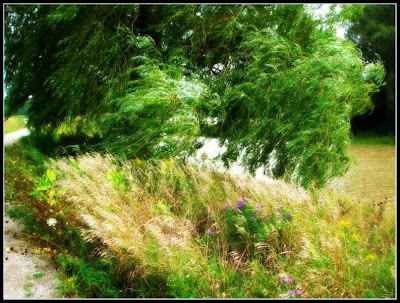 When the forest murmurs and the mountain roars,
Then close your windows and shut your doors.

When leaves show their undersides, be very sure that rain betides.

When the night goes to bed with a fever, it will awake with a wet head.

When clouds look like black smoke a wise man will put on his cloak. 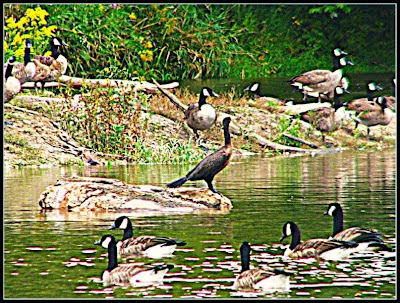 When sea-gulls fly to land, a storm is at hand.

When the ditch and pond offend the nose,
Then look out for rain and stormy blows.

If bees stay at home, rain will soon come,
If they flay away, fine will be the day. 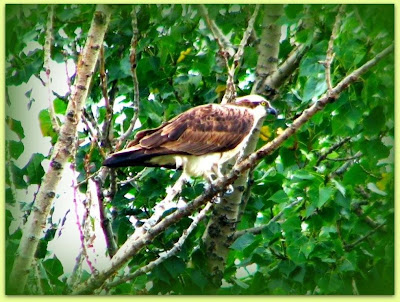 An Osprey waits for the storm
Posted by Ruth at 4:07 pm

Email ThisBlogThis!Share to TwitterShare to FacebookShare to Pinterest
Labels: environment, this and that