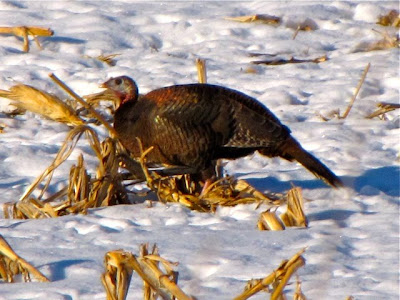 January 2010 was sometimes bone-chilling cold but we had less snow than usual. Toronto is an hour east of us and I was surprised to see they had no snow at all on Saturday. In the past week we have had persistent flurries off Lake Huron making driving treacherous and visibility poor, but actual accumulation of snow has been just a few centimeters. Because of the extreme cold with windchills in a dangerous range, I did not do any birding in the past week. I dragged The Becka on a fruitless drive through farm country looking for Snowy Owls which are there, but they stayed hidden for me. Unless they are perched on a pole, silo or hay bale, they are difficult to see in the fields. 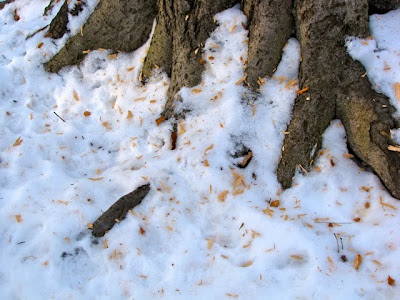 Look up for a big woodpecker

I looked hard for a Pileated Woodpecker and startled one who was drilling fresh holes in a tree in a bush near our home. I didn't get a picture of the bird but I did catch its handiwork. This is a good time of year to see Wild Turkeys foraging in corn fields for grain and several flocks are found consistently just north of the city. 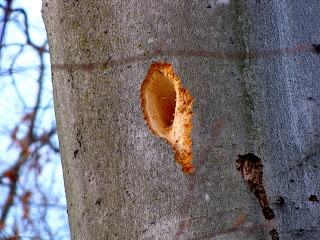 I have never spent much time identifying gulls. Winter is a good time for gulls in Southern Ontario and areas like the Niagara River are popular places to look for migrating species. Acting on a tip on our local birding forum, I stopped by a field near our home which is being cleared for a new mall. I would never have noticed anything but Herring Gulls but with help was able to see some white-winged gulls, the Glaucous and Iceland Gulls. There were juveniles of several species in the mix which made identification even more confusing.

So my final tally was 56 birds, 5 short of last year, but 11 more than my goal for this month. Winter finches are still absent around here this season and I had several of them on my list in 2009. I added four birds to my life list which was unexpected. 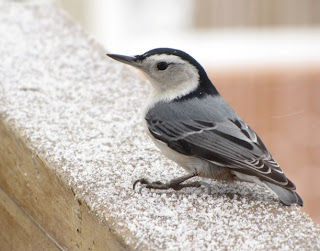 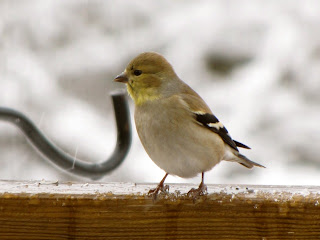 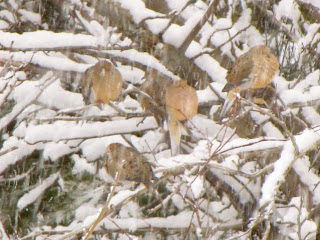 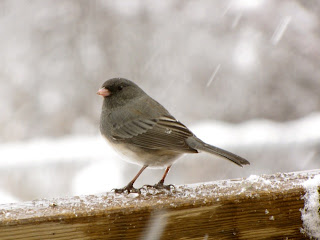