The Discipline of Waiting 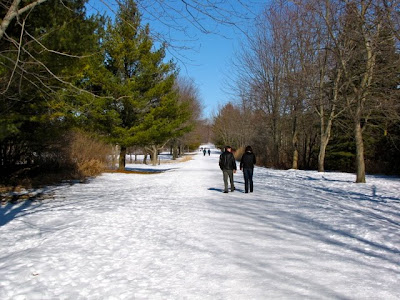 A number of years ago we watched a segment on ABC's news magazine 20/20 about deferred gratification and emotional intelligence. In a classic experiment, young children were given a marshmallow and were promised another if they could wait 20 minutes without eating the first marshmallow. The experiment was repeated on the TV show and some children were able to distract themselves from the temptation of the treat while others ate the candy right away. In the first experiment, children who could wait were better adjusted as adolescents and were more successful in school.

Deferred gratification is the ability to wait for something we want. Today was a beautiful late winter day and I walked through the Arboretum in Guelph, Ontario in the sunshine. There is nothing we can do to make spring come faster and nature waits beneath a blanket of snow for the time when it will bud and bloom once again. 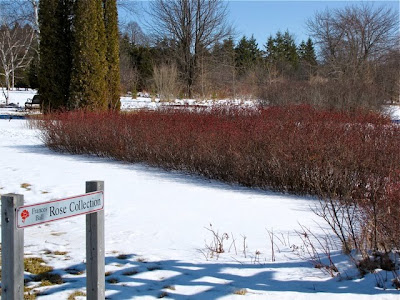 In our society, waiting is an unknown discipline for many people. "Buy now, pay later" attitudes have led Canadians to the highest levels of personal debt in history as reported in news stories this week. We indulge our children and many grow up feeling immediately entitled to their every whim and desire. Others want God to immediately bestow their demands and expect him to deliver them from uncomfortable situations rather than learning and growing in grace.

This is the Lenten season but more attention is given to Mardi Gras celebrations and Pancake Tuesday than to the pre-Easter fast. Late winter fasts used to be a natural occurance as food stores were depleted after many months of cold weather. It is not hard to fast if you have no food. We now live in a world where for the first time more people die of obesity related illness than from starvation according to a recent report from the World Health Organization.

Fasting generally refers to abstinence from food but there are many other things we can refrain from for a season. Rachel Held Williams wrote an excellent Lenten post and her ideas for observing the season are spiritually and socially meaningful.

Our fasts are not to be public demonstrations of piety but our lives should be examples of discipline and self control. And that is something we will not see advertised on a billboard or television commercial.

Seek the Kingdom of God above all else, and live righteously,
and he will give you everything you need.
Matthew 6:33 (NLT)
Here is another interesting post on deferred gratification from the blog Turbulence Ahead.
Posted by Ruth at 8:48 pm