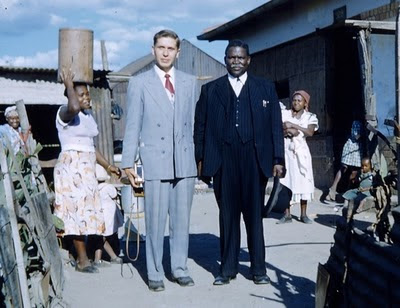 My father and Jeremiah- South Africa 1955

An unfortunate miscalculation led to the accident which left him paralyzed. Whenever I went into his room his eyes were closed and any questions were answered with a barely intelligible mumble. About my age, he is the father of children who are now finding their place as adults in their new chosen country. He had a good job here and was proud of his home and independence. It was frustrating to watch him try to open plastic clothes pins with his weak, numb fingers, so to divert attention from his task I asked where he came from.

“Sudan”, he replied, “but I went to university in Cairo and lived there for many years."

"I was one of 18 children. My father had three wives...that was the way in our country. My wife’s father had five wives and 25 children. Our family was a village.”

I looked at him and wondered how he and his siblings could afford their university educations. How does a father support such a large family?

I had seen a Bible in his room.

“What is your religion?” I asked.

“I was Catholic, but now I am Born Again,” he said emphatically.

Then the words poured out as he spoke of his family, his country, Africa and his life as an immigrant to Canada. I was surprised by his passion for justice, for integrity in government and his knowledge of world affairs.

The clothes pin exercise was never finished but it was a real person, not a patient who left the therapy area in the wheelchair. Maybe next time we will work on turning the pages of a book or newspaper and see if he can once again find hope, purpose for his future and a place in this global village. 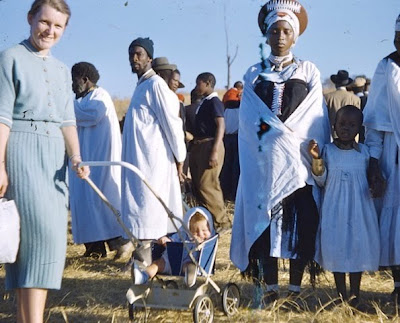 Email ThisBlogThis!Share to TwitterShare to FacebookShare to Pinterest
Labels: family, health and wellness, people and places