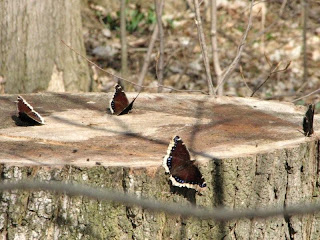 Earth Day has developed into an international environmental awareness day since its inception on April 22, 1970. According to Wikipedia, "Earth Day was conceived by Senator Gaylord Nelson after a trip he took to Santa Barbara right after that horrific oil spill off our coast in 1969. He was so outraged by what he saw that he went back to Washington and passed a bill designating April 22 as a national day to celebrate the earth." 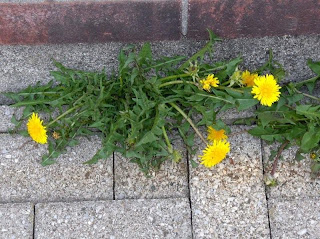 I believe there is more awareness of environmental issues today and in some areas progress has been made in cleaning up some parts of the world. The fact that I saw Bald Eagles several times this winter is testament to efforts of those who recognized that pesticide use was affecting the species negatively. The Great Lakes have been cleaned up considerably in my lifetime. But every day we see that more change is needed. Spring reveals a season's worth of garbage that has been abandoned along roadsides, trails and parking lots. But more telling is our attitude towards transportation, convenience and accumulation of goods. 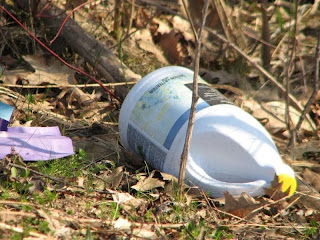 Along this trail I found discarded water bottles, plastic snack containers, drinking boxes and garden garbage within large plastic garbage bags. There is no need to dispose of things this way as our city has garbage collection, yard waste collection and recyling available. Some people simply do not care. 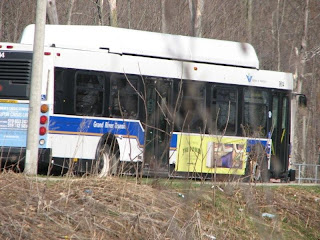 We have had exceptionally warm temperatures over the past week and the airflow has been from the south. That means we have had several smog days already which is earlier in the year than ever before. A haze has been hanging over the city as pollution from Canadian and American sources moves northward. People with respiratory conditions are warned not to exert themselves outdoors. It takes me about 15 minutes to drive 14 km to work every day. A bus goes from the end of my street to the hospital in about 45 minutes. Because of the extra 6o minutes of commuting time I am not anxious to take public transit. 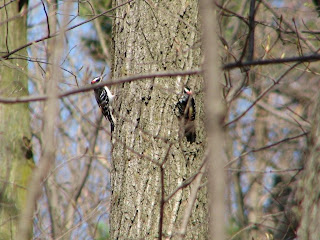 Ontario Premier Dalton McGuinty announced today that the province will ban the cosmetic use of pesticides.

OTTAWA (Reuters) - Ontario said on Tuesday that it will ban the sale and general use of pesticides in what the province said would be among the toughest such environmental laws in North America.

Canada's most populous province said the new legislation -- expected to take effect next spring -- would outlaw homeowners' use of lawn and garden pesticides for such things as killing dandelions. Exceptions would be made for golf courses, farms and forests.

In Canada, only the province of Quebec has a similar ban, and according to the pesticide industry no U.S. state has a ban in place...

My personal Earth Day resolutions are to reduce my use of plastic bags, to naturalize our back yard (the dog has given us a head start on that!) and to add more native plantings to my garden. Over the winter months I did not use our composter and have to try harder to chop up my organic garbage and make the trip to the bin. And maybe I will take the bus to work one day a week...

Small changes do make a difference.

Now the LORD God had planted a garden in the east, in Eden; and there he put the man he had formed. And the LORD God made all kinds of trees grow out of the ground—trees that were pleasing to the eye and good for food... The LORD God took the man and put him in the Garden of Eden to work it and take care of it.

I posted some pictures I took this morning to celebrate Earth Day.
Follow this link.
Posted by Ruth at 7:06 pm