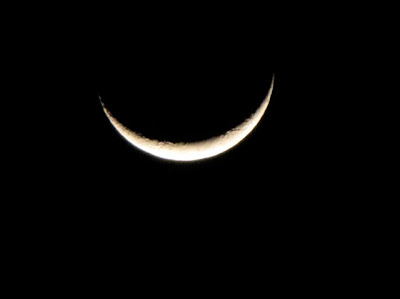 A while ago I talked to a young nurse who is now working at the hospital on our unit. We were discussing her co-workers and I mentioned a very capable older nurse who was working on her line.

The young nurse said, “ It isn’t nice working with someone who knows everything and makes sure things are done her way.”

I am about the same age as the older nurse and have worked long enough to know a lot about my job. I wondered if anyone thought my attitude toward less experienced staff was that of a “know-it-all”. Several of my co-workers are the age of my children and it is easy to act like a den mother around them.

Empress of Dirt blogger, Melissa (she inspires me weekly) did a recent post featuring framed quotes which are on her mother’s bathroom walls. (Bathroom walls are a good place to hang things you want to think about. We had a calendar hanging in front of the toilet when I was a child and I learned to count by 7’s just by looking at the numbers every day...)

One of the frames held this prayer which is found in several variations on the internet. Its source is unknown although in some places it is attributed to a 17th century nun in England. I don’t think Catholic nuns were very welcome in England in that century so doubt this is true. Whoever penned these works was very wise. I should hang them above my office desk or opposite the commode so I will think about them every day.

This was my favourite version.

Lord, thou knowest better than myself that I am growing older and will soon be old.
Keep me from becoming too talkative, and especially from the unfortunate habit
of thinking that I must say something on every subject and at every opportunity.

Release me from the idea that I must straighten out other peoples' affairs.
With my immense treasure of experience and wisdom,
it seems a pity not to let everybody partake of it.
But thou knowest, Lord, that in the end I will need a few friends.

Keep me from the recital of endless details; give me wings to get to the point.

Grant me the patience to listen to the complaints of others;
help me to endure them with charity. But seal my lips on my own aches and pains --
they increase with the increasing years
and my inclination to recount them is also increasing.

I will not ask thee for improved memory, only for a little more humility and less self-assurance when my own memory doesn't agree with that of others.
Teach me the glorious lesson that occasionally I may be wrong.

Keep me reasonably gentle. I do not have the ambition to become a saint --
it is so hard to live with some of them --
but a harsh old person is one of the devil's masterpieces.

Make me sympathetic without being sentimental, helpful but not bossy.
Let me discover merits where I had not expected them,
and talents in people whom I had not thought to possess any.
And, Lord, give me the grace to tell them so.

Email ThisBlogThis!Share to TwitterShare to FacebookShare to Pinterest
Labels: spirituality, this and that, workplace