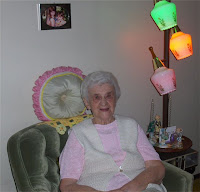 His name shall be called Wonderful Counsellor, The Mighty God, The Everlasting Father, The Prince of Peace. Isaiah 9:6

Susanna is a 93 year old patient of mine who retains a sparkle in her eyes and an optimism for the future, even though her body is increasingly frail and weak. As she shared her life story with me, I was taken to a place of unimaginable horror and loss. She lived in Romania with her baby girl and her husband's family. Her husband was in the German army and eventually died of tuberculosis in a prisoner of war camp.
Word came that the Russian army was approaching their village and the rumours of their atrocities compelled the family to leave their home quickly. Susanna walked with their cow and her baby towards Hungary. When they reached a train, she left the cow by the tracks and continued on to Austria.
She was a refugee for seven years and witnessed much suffering and death. After she was sponsored to come to Canada, she worked for decades sewing button holes on the cuffs of shirts at a local factory. She takes pride in the fact that she was able to provide a new life for herself and her daughter.
A devout lady, she told me that every night she prays for only one thing, and that is peace. "Nothing else matters if you do not have peace," she told me.

I found an editorial in Grandma's Christmas scrapbook, taken from a medical journal, The Canadian Doctor, (vol xiii, no.12) in December 1947. The author's name is absent, but the message deserves to be heard again. 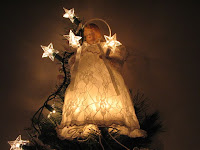 Twice in our generation we have fought a war to end all wars. We know now that victory does not produce lasting peace. Yet today, with the armaments of the last conflict scarce laid aside, we openly discuss the possibility of a third world war, impotently anticipating the blotting out of civilization.

With diminishing hope and expectancy, we have observed the efforts of well-intentioned men to banish war and the fear of war...but we can observe little result save greater rivalry, growing distrust, increasing tension.

We are becoming ever more cynical of the ability of humanity to get together and establish a peaceful way of living. We tend to lose faith in man and his confidence to bring in the millennium. We look backward and forward and find small ground for hope.

But the situation for each of us personally is not desperate. Where collective man fails, the individual can succeed. In world chaos and universal disharmony one can be at peace. Bewildered and helpless among the myriad problems which beset the cosmos, he can find in the humble stable in Bethlehem that peace which the world cannot give.

Christmas is a time of reassessment and dedication. Let us then seize the opportunity afforded by the recurrence of the sacred season to rediscover true values, to seek reality beneath world confusion, national strife and the materialism in which our daily living is commonly immersed. Kneeling humbly beside the Child in the crib we will feel inclined to cast off our fears, renew our hopes , reaffirm our faith.

Today, world conflicts continue and many families are separated from their sons, daughters, fathers and mothers by war. A family in our neighbourhood has this ribbon tied around their tree as a reminder of their love for a member serving in the armed forces.
This Christmas Eve, may God's peace fill our hearts and may we in turn share his peace with those around us.

Peace I leave with you; my peace I give you. I do not give to you as the world gives. Do not let your hearts be troubled and do not be afraid. John 14:27

Email ThisBlogThis!Share to TwitterShare to FacebookShare to Pinterest
Labels: Christmas, people and places