Beautiful in its time 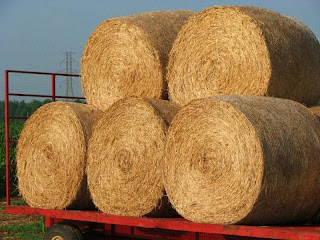 I drove around some Mennonite farms in our region this week and took some pictures of their beautiful and productive farms. Many farmers in Ontario now plant large cash crops such as corn and soybeans. Mennonite farms have fields of hay, oats, corn and wheat, large vegetable gardens, orchards, and pastures where cows and horses graze. 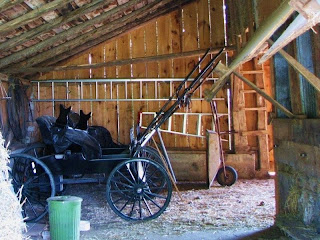 Woodlots are preserved for maple syrup production and firewood. Early in the morning children are seen weeding the rows of vegetables and later in the day they may be selling flowers and produce at the end of the farm lane. Their lives are lived simply and in rhythm with the seasons. Watching them work put me in mind of the words of Ecclesiastes 3 where "the preacher" talks about "a time plant, a time to uproot..." I have quoted the latter part of this chapter below. 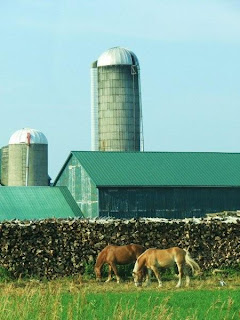 What does the worker gain from his toil?
I have seen the burden God has laid on men. 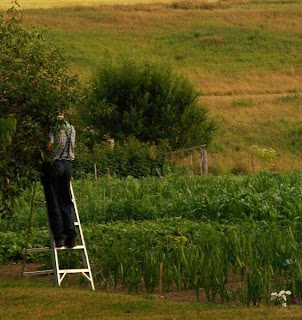 He has made everything beautiful in its time.
He has also set eternity in the hearts of men;
yet they cannot fathom what God has done
from beginning to end.
I know that there is nothing better for men
than to be happy and do good while they live. 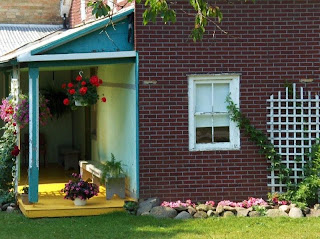 That everyone may eat and drink,
and find satisfaction in all his toil—this is the gift of God. 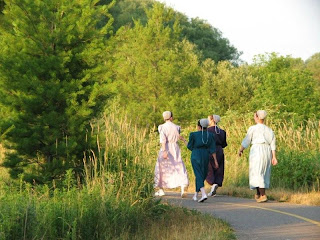 I know that everything God does will endure forever;
nothing can be added to it and nothing taken from it.
God does it so that men will revere him.

Happy first blogiversary to myself. It has been an enjoyable year.
Goodbye for a week!
Posted by Ruth at 12:12 am