End of the War! Peace on Earth?

Mom emailed this to me the evening of Thursday May 8, 2008. I am posting it in its entirety. The pictures are of my father's cousins who lived in Europe during the war. I will have to ask Oma Lois more about them and their life during the war. This page on the BBC website gives more information about this day.


A note from history:
One advantage of growing a little older is that our long term memories seem to come forward and events in the past can become very clear. I was praying this morning and remembering this day 63 years ago. I felt to send this on to all of you although I had not even met your Dad or heard about the wonderful life serving Jesus at that time.
In those days the small towns like (population 2500) were very different in their culture and their patterns of life than the cities. Life was simple. We knew all of our neighbours and they knew us. Although there were a few outsiders, the community spirit was high and when one suffered all suffered and helped out if necessary. 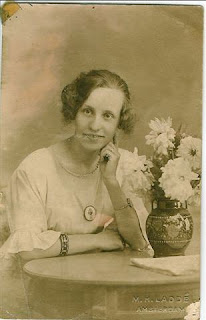 I was sitting in my Grade 8 classroom in (now a town museum) about when all of a sudden the church bells in the town began to ring frantically. There was only one answer – joy. It meant that after many rumours, prayers and striving the war in was finally ended. Percentage wise suffered the highest casualty rate in all of . Almost every week someone would come to a classroom in the school and a child was called out into the hall and taken home because a father, a brother, an uncle or someone close to the family had been reported killed. A Wing Commander, Lloyd Chadburn, the only son of a fine family in the town was leading several squadrons in the disastrous battle of Dieppe. He was killed shortly after this battle.

Because my father was a respected family doctor in the area, each time a telegram arrived citing a death or injury, it was delivered to our home. He then took the sad news personally to each family.

In less than an hour all of the students from Grade 1 and up were formed into a parade and joined the students from Aurora High and their cadet band to march to the . The church was packed with people of all faiths and standing room only. Prayers of thanksgiving were offered for the victory and also the names of those who had given their lives for our freedom were read. After the service we formed our lines again and marched a mile and a half to the monument at the south side of the town where the mayor gave a brief address and then families of the dead laid a wreath in memory of those fathers, sons, uncles and friends who had paid the supreme sacrifice. It was a memorial time amid the rejoicing and even the smallest children seemed to sense the solemnity of the services. By the time we returned to the town there were flags flying from almost all of the public buildings and from many of the homes. 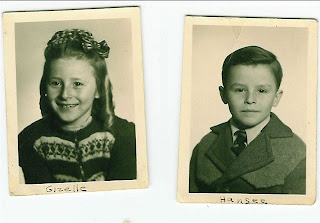 It has been 63 long years since that final day of the European conflict, the war to end all wars. The goal has not been accomplished even though in August of the same year the war in the Pacific ended. The peace hoped and prayed for has not come. Only when the Prince of Peace, Jesus Christ, comes to rule and reign will that be accomplished. In the meantime we can say with the prophet Isaiah – “For the mountains shall depart and the hills be removed, but My kindness shall not depart from you, nor shall My covenant of peace be removed,” says the Lord, who has mercy on you. (Isaiah 54:10 NKJ)
Posted by Ruth at 12:00 pm