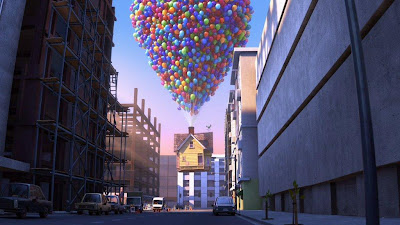 Yesterday I posted a picture of 200 balloons being released at our church and decided to follow up with another balloon story.

We seldom go to movies but our (adult) daughters encouraged us to go see the movie UP. It has been years since I saw an animated feature film that I really liked (Beauty and the Beast) and the initial previews of UP did not interest me in the least. But the promise of 3-D glasses and a 98% fresh rating on Rotten Tomatoes convinced me to give it a try.

I was in tears before the end of the first 15 minutes of the movie. (the Becka rolls her eyes) 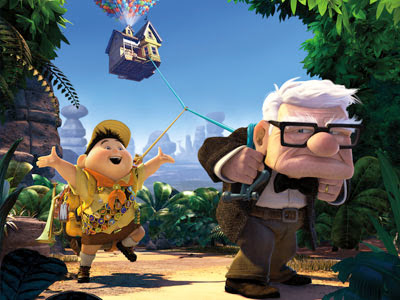 This story is written for all ages and is about love, loss, aging, hope, relationships and fulfilling dreams. Here is what I learned from the movie.
The new 3-D glasses are way better than the old paper ones which had one blue lens and one red lens and made me feel nauseous. Go and see the movie, even without a child. 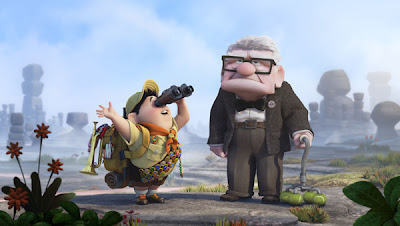 btw... Anvil Cloud asked the question, "Are balloons bad for birds and the environment?" Apparently not.

About 95% of balloons released into the atmosphere rise to an altitude of approximately five miles. The temperature here is about -20 degrees. The balloons actually freeze in the jet-stream and become brittle before shattering in a state called "brittle fracture". What that means is that the balloon is reduced to pieces about the size of a ten cent piece, where they flutter back to earth to finish decomposing. There is no known and proven death of sea life attributed to natural, latex, balloons. This should not be confused with plastic which, unlike balloons, is not immediately 100% biodegradable. (source)
Posted by Ruth at 8:00 am

Email ThisBlogThis!Share to TwitterShare to FacebookShare to Pinterest
Labels: seasons of life, this and that