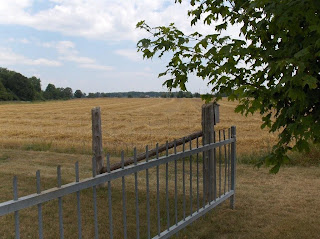 Please note: The following post is based on anecdotal information and my observations. To my knowledge, there is no scientific proof for any of the claims made.

Last week Becka and I took the dog on a usual trail along the river. Dakota led the way and took his favourite route on a footpath at the river's edge. We had not been in this area for a few weeks and found ourselves surrounded by flowering plants, (which Cathy has identified as ragweed!) that were at least six to eight feet high. After making our way back to the groomed trail, Becka's arms began to itch and she started sneeze.
Thus began the fall allergy season. 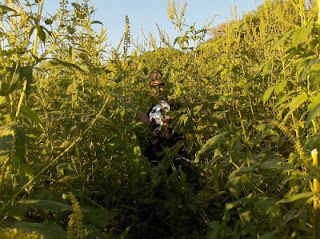 Becka in a patch of Giant Ragweed, which can grow to a height of 13 feet

September was a difficult time for Becka when she was in school as her seasonal allergies were at their peak. We tried various antihistamines but she still felt miserable until the frost came. A few years ago I read in a magazine that eliminating certain foods from the diet could decrease sensitivity to environmental allergens. A total elimination diet is a challenging undertaking and the article recommended eliminating the seven most common food triggers for a week, and then introducing one food at a time. The seven foods were wheat, sugar, eggs, milk, corn, soy and peanuts. I tried a diet free of these foods for one week and was surprised at the effect it had. For several years, I had taken inhalers for exercise induced asthma. Whenever the dog heard me use an inhaler, he knew it was time for his walk. After a few days of eliminating the seven foods, I had no wheeziness and could walk briskly in cold air with no symptoms. I have not used an inhaler for three years now.

Becka agreed to forgo the same foods during the late summer period. As a young teenager, it took discipline to pass on pizza and ice cream, but she was motivated to continue as her hayfever symptoms disappeared. We have narrowed the list of offending foods to three items and this weekend changed our diet to avoid those food triggers. Becka had to take an antihistamine for one day, but has been free of symptoms now for 24 hours. We went for a walk in the field near our home with no problems, but will avoid the river trail for now.

I also read that eating local unpasteurized honey exposes one to regional plant pollens and helps desensitize a person to their allergic effects. So we add a tablespoon of local honey to our daily ration. Perhaps it helps, perhaps not, but it tastes good. 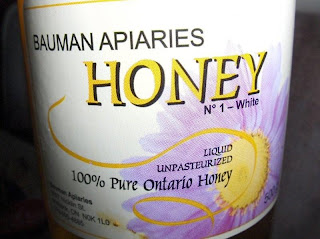 Food and environmental allergies are very common and there are many theories on the causes for their apparent increase in incidence in recent years. Sensitivities can develop with overexposure, and our diets often contain an excess of refined products, particularly wheat and corn. For most people, sensitivities are an annoyance as true, life-threatening food allergies are relatively rare.
I know what foods I need to limit even if I cannot prove it scientifically. We need to listen to our bodies instead of reaching for a prescription or over the counter remedy for every symptom. Finding a trigger and removing it rather than masking a reaction is the sensible approach to any physical complaint.
Posted by Ruth at 12:00 am