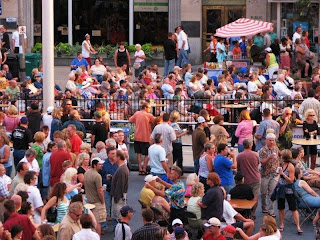 At the hospital team rounds this week someone commented, "Is it just me, or are all the patients we have now from dysfunctional families?" We all chuckled, but everyone knew that their own extended family had some dysfunctional members as well. Family secrets are revealed in times of stress and illness, and it would be hard to shock me with anyone's family history after the years I have worked in the hospital and community.

This past week I went to visit a patient in his home and found him lying dead on the floor. He was younger than me. The police and paramedics who arrived were visibly shaken by the unpleasantness of the situation. They solemnly put him in an ambulance to be taken to the hospital and pronounced dead by a physician. I had visited this man several times and he shared some of the circumstances in his life that led him to a self-destructive lifestyle. While I was not surprised by his death, I wept for his wasted life and for his fragmented family.

The father-in-law of one of my co-workers died a few years ago. The obituary in the local paper did not even mention his son, daughter-in-law or grandchildren as family members. The next day there was an additional obituary written by his son, stating his relationship to the deceased and his sorrow that his father had never forgiven him for something that happened in the past. 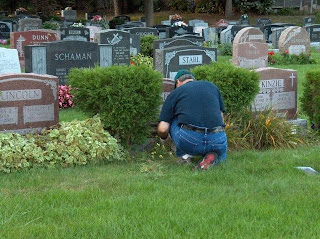 I have a patient close to 90 years of age who has never forgiven her daughter for something she did when she was 19 years old. Her daughter has tried to mend the relationship, but her mother's pride and bitterness has not allowed this to happen. The old lady needs support now, but has burned many bridges over the years. Will she forgive at this this late stage of life? I hope so, but it seems unlikely to happen.

I could go on and on, and those who read this could add stories of their own. We all are hurt by others from time to time, and those closest to us can hurt us the most. Parents have great expectations for their children, and disappointment in the choices they make can create barriers that are difficult to overcome.

Easy to say, but so hard to do.

Pearls Before Swine by Stephan Pastis
(Double click to enlarge)

I loved this Pearls Before Swine cartoon in today's paper. Goat, the most intellectual character, (who maintains a blog that never has hits!) shares his wise observations in the first two panels. Rat, who is typically insensitive and egotistical does not recognize this description of his own life.

How we live our lives is a day to day challenge. Forgiveness frees us from the past and allows us to move ahead and develop meaningful relationships, even if we are not forgiven by others.

We have today. Anything beyond the present is not a certainty, but is a gift from God.
Posted by Ruth at 4:29 pm

Email ThisBlogThis!Share to TwitterShare to FacebookShare to Pinterest
Labels: health and wellness, spirituality